Well, after many happy years using only Sony phones, I dropped my beloved Sony and the touch screen stopped working, rendering it a paper weight.  Unfortunately my phone company or any other phone company here in Australia, no longer stocks Sony or I would have got the new Sony X1. I wasn’t in a position to buy the Sony X1 outright, so a little reluctantly, I decided to go with the Samsung Galaxy note 10+. I have had the phone for a few weeks now, and I must say I am impressed. It is their flagship phone and it shows.

What I like, and there is a lot to like in my opinion. Once you have navigated all the options it has, and got it set up how you like (which I feel like I might be doing for some time to come) the phone is fantastic. It is no particular order

The S-Pen. Being able to write out quick notes, using normal handwriting on the screen is very cool. Then being able to set a location to that note or a time/date, is fantastic. For someone like me, who comes home from shopping and then realises I forgot the one thing I went there for, it’s perfect. I can write a shopping list and then set the supermarket location, and then next time I pop into the the supermarket, the list pops up. Brilliant.

I  can also write emails or phone numbers in a note, with my handwriting, and then add them to contacts or send an email or convert to text,  or even chat using hand writing!! The handwriting recognition is amazing, if it can even read my chicken scratchings lol

I doubt I’ll use the gestures functions much, but being able to trigger camera via S-pen is really cool and handy and will definitely get used. The S-Pen uses Bluetooth and has what Samsung call gestures, that do all sorts of great things and what it can do varies depending on the app you are using.  In camera mode, you can zoom in and out, for example, as well as take pics, using the button on the S-Pen as a remote trigger for the shutter.

I can also write notes on the screen when the phones display is off, without having to activate phone or open the notes app.

Fingerprint Reader The fingerprint reader is built into the front screen, in the bottom section of the screen, and works really well, plus the Note 10+ also has face recognition, so simply letting phones camera see your face auto unlocks it. This makes unlocking the phone very easy and quick. Like all android phones, it has location unlocking, which allows you to set places like your home, for example, and trusted devices, like your car stereo, that automatically unlock the phone when connected or in that place.

Secret Folder The secret folder is a nice feature, which hides anything inside the folder, and can only be accessed with finger print or pin. It is very flexible in functionality and is very secure too and can even be completely hidden, so only you can access it or even know it is there. The folder has apps already inside it,  like gallery, browser and more, but also allows you to add other apps and files.  Whether it’s Pics, Notes, Internet browsing, or any App inside the folder, anything done inside the secret folder, stays inside the folder. My plans for world domination are kept away from any prying eyes.  oops! probably shouldn’t have mentioned that lol

Battery life Battery life is phenomenal and I am loving Qi. Qi is the industry term for wireless charging. You simply place the phone onto a Qi stand, pad or holder, and it begins charging, so no cable is needed. It isn’t as quick as direct cable charging but fine beside the bed, for a charged phone when you wake up in the morning or in the car when travelling. I tried to add Qi to my last Sony phone, with adaptors, but couldn’t get it to work. I now have a QI charging stand, set up by my bed and a Qi holder in my main car.

Storage Space. I keep all my music on a MicroSD card and so even though the phone has 256GB with about 220GB available, its great to be able to run a large SD card too. I’ll be creating a lot of content soon, so that also a plus having lots of storage.

Performance The speed. This is a very fast phone. I jumped straight onto YouTube and watched a bunch of Vids to get my head around features, so made a few tweaks that the 15 year old U-tubers suggested and now this phone is super fast(it was already fast but a couple of little tweaks later, it is the fastest I have ever used or seen).

Taking Text or Numbers from images Not sure what the feature is called but being able to highlight a section of any picture to extract text or numbers and have the phone copy the text or numbers from the image, using OCR(optical character recognition) works great. I have used that a few times and it’s very handy.

The screen. The size(6.8″) is great. I still think the Sony was slightly better but only slightly, and it’s a minor quibble, as this is still an awesome screen. Off axis, it has a blue tinge, like if sitting flat on a desk. Front on though, like it is 98% of the time, it is great.

Free Cover included It actually comes with a decent quality cover. Admittedly I will replace it and get something that provides even more protection, it was still nice to find that in the box. I have never understood why premium phones don’t usually come with it as standard, so was pleasantly surprised this did.

Edge Lighting  Edge Lighting is great, as it flashes to indicate new messages etc, although more customisation of that would be nice. I also like the themes and have added a few and having the lock screen animated is very cool.

Aura Glow I got the Aura Glow version, which has some sort of laser etched type finish that reminds me of a CD in the sun. I think life’s too short for black phones, and despite it attracting fingerprints like a magnet, it looks stunning. 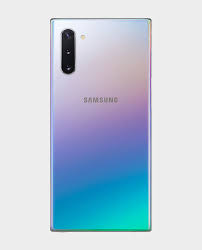 Camera The camera is good but probably not as good as the Sony(in my opinion), but still more than enough for a phone and has some cool functionality. To be honest it probably deserves a review on it own

DeX. DeX is brilliant. Being able to run the phone on my PC by simply plugging it in via USB(after downloading the DeX application to your computer) is great. I can easily drag and drop files, etc, it really is fantastic. It also allows you to use all the apps on your phone, on a bigger screen, which is great too.

I’m sure I am missing other great features but this is the man standouts after getting used to a new ecosystem. There are also things like Samsung pay, that look great, but haven’t had a chance to use yet.

Luckily due to what I am paying for this phone, there are few and all are very minor.

Little Tweaks needed Having to turn on things like battery level, on the status bar, is weird and frustrating, till I found the menu to fix it. The phone has lots of little things that are hidden or need to be turned on. It’s not a big deal but many great features are not on by default which seems odd. Glad I jumped on YouTube or many of these would still be hidden and I’d look like an idiot complaining about things I just didn’t know where actually in the phone, but hidden.

Headphone Jack There is no 3.5mm headphone jack. At home and in main car, I can use Bluetooth and also have Bluetooth headphones, but my run around car only has a 3.5mm Aux in. I have bought an adaptor that will allow me to use it in that car, but now I’ll need a Qi charger for that car too, as the adaptor uses the USB type C port, so I can either charge or listen to music, but not both.

Layout Buttons on left seems odd but I am getting used to it.